This terminology appears frequently in connection with congruent and similar shapes.
See for example: 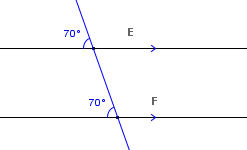